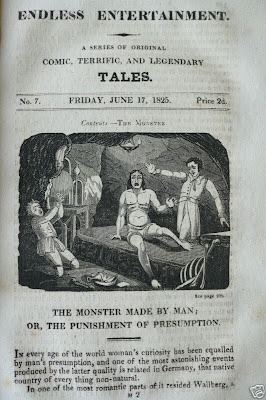 An odd little find on eBay -- an 1825 magazine ripoff of Frankenstein ... and set once again in "Germany, that native country of every thing non-natural." (!)

This got me poking around a little bit in Frankenstein adaptations, where I was stunned to find that there was in fact a long-lost 1910 film of Frankenstein by Edison: 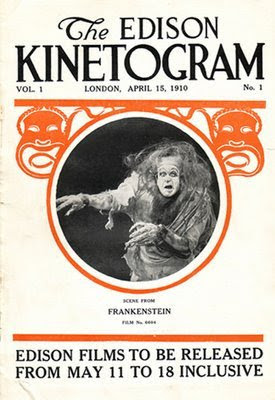 That's actor Charles Ogle, and you almost have to wonder if the director had been watching kabuki before coming up with his monster.

After apparently landing on AFI's "Top Ten Culturally and Historically Significant Lost Films" in 1980, there arose... from the dead... a forgotten print!